The World Health Organisation (WHO) said the world was on the verge of a potential malaria crisis. 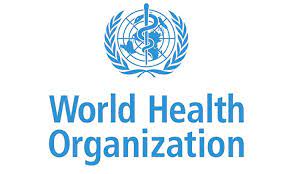 This is as the global health body revealed in a report it released that Nigeria contributed the largest malaria deaths in 2020 in the African region and globally.

The UN health agency found out that COVID-19 had reversed progress against the mosquito-borne disease, which was already reaching its plateau before the pandemic struck.

“Approximately, two thirds of those additional deaths were linked to disruptions in the provision of malaria prevention, diagnosis and treatment during the pandemic.”

According to the report, 96 per cent of malaria deaths were reported in 29 countries of the world.

In the data provided, the WHO noted that while Africa had a total of 602,000 deaths out of the estimated 627,000, Nigeria accounted for 31.9 per cent of the malaria deaths on the planet, which was followed closely by the Democratic Republic of Congo with 13.2 per cent.

Also, on the global map published in the report, it was noted that Nigeria accounted for 26.8 per cent in the whole world.

Commenting on the report, the Head, Global Malaria Programme, WHO, Dr Pedro Alonso, said there was a potential malaria crisis.

He said, “I think we are on the verge of a potential malaria crisis. Not only are we not getting closer to elimination or eradication globally, the problem is becoming worse in a substantial number of parts of Africa.

“The African region reported a greater percentage increase in the number of malaria cases than any region of the world.”