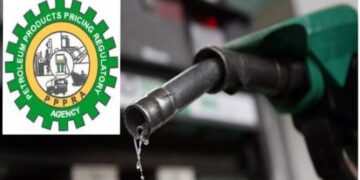 It said an analysis of the volume of PMS supplied across the country in the month of August showed a decrease of about 132,301,071 litres when compared to the 1,867,925,811 litres supplied in the month of July.

The General Manager, Corporate Services, PPPRA, Kimchi Apollo, said in a statement issued in Abuja that the 1.74 billion barrels of petrol consumption in August indicated an average daily supply of about 55.99 million litres.

The agency further stated that in the month under review, the total truck-out volume for PMS was 1.79 billion litres.

“Therefore, the average truck-out volume of PMS was 57.58 million litres per day,” it stated.

The PPPRA data also showed that the Nigerian National Petroleum Corporation imported 100 per cent of PMS distributed in the review month.

The petroleum products pricing regulator also stated that the country had an average PMS Days Sufficiency of 33 days.

“It is important to note that the decline in the volume of PMS supplied in the month of August does not in any way translate to product scarcity,” PPPRA stated.

The agency said it would continue to monitor and advice relevant stakeholders to ensure continued product availability.