Organisation of Petroleum Exporting Countries (OPEC) has warned that investing poorly in the oil and gas industry will have a heavy adverse impact on Nigeria and other oil-producing developing nations. 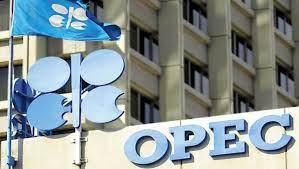 It added also observed that investment in the sector in 2020 dropped by more than a whopping 30 per cent in the face of COVID-19, as this was worse than the dramatic declines seen in the severe 2015-2016 industry downturn.

This came as the Secretary-General of the organisation, Sanusi Barkindo, stated that Nigeria’s recently passed Petroleum Industry Bill would not only attract global attention, but also draw high-stakes’ investors to the country.

Barkindo disclosed this during his virtual keynote address at the 14th Nigerian Association for Energy Economics annual international conference in Abuja.

He said, “The energy security risk that would result from too little investment would heavily impact both producers and consumers. Oil-producing developing countries, like Nigeria, would be particularly hard hit.

“History has shown that energy insecurity brings with its economic insecurity and geopolitical instability.

“All OPEC members, including Nigeria, will have to re-strategise to maintain their positions in the new global energy mix, including focusing on economic diversification.”

He added, “Oil-producing countries, and in particular African countries that rely on oil and gas production for revenues, must create an investment friendly climate. To this end, the PIB promises to be a huge success in reviving the fortunes of the oil and gas industries in Nigeria.”

The OPEC scribe pointed out that reduced foreign direct investment into Africa’s industry could be catastrophic for many countries and peoples.

He said OPEC was also greatly concerned about increasing pressure on the oil industry coming from many sides, including decision-makers, along with investors.

“Even within the boardrooms of oil majors, the push is strong to strive for policies and initiatives that could have a drastic negative effect on oil-producing countries,” Barkindo stated.

He argued that oil was the lifeblood of Nigeria, stressing that the importance of oil could not be underestimated.