Home » QUESTION OF THE WEEK: Could Flag States Be Sued for Reckless Behaviour?

QUESTION OF THE WEEK: Could Flag States Be Sued for Reckless Behaviour?

A team of Australian and American researchers has come up with a remarkable solution for reckless for-profit flag states that enable illegal fishing: change their financial calculus by suing them for their ships’ misconduct. 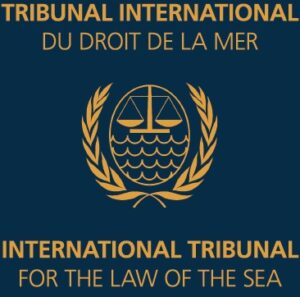 The world’s least responsible open-registry flag administrations operate as a source of revenue for low-income countries, and many are privatized. Lightly staffed for enforcement, the lowest-end registries compete on price to provide registration at speed.

These are the flags of choice for sanctions evasion, flag-hopping, demolition voyages, smuggling, illegal fishing and HSE noncompliance, and they can be distinguished from the quality open registries by the service records of their fleets – that is, the frequency of port state detention and law enforcement interaction.

Needless to say, these are not the flags of choice for the vast majority of the world’s shipowners, who value quality and reputation. But for the kind of owners who fish illegally in other nations’ EEZs, black list flags promise little interference. If the vessel faces heat from local authorities, or if the flag interferes with the owner’s activities, it can hop to a similar flag and carry on.

Two researchers from Australian institute CSIRO and a law professor from Lewis & Clark College believe they may have a solution to this longstanding pattern. Specifically for coastal fisheries enforcement, they argue that the coastal state could sue the flag state to recover pursuit and enforcement costs for violations committed by the flag’s registered vessels.

The team draws on a 2015 ruling on IUU fishing from the International Tribunal for the Law of the Sea, which found that the flag state has a role in fisheries enforcement.

Specifically, the tribunal found that the flag state must exercise “all necessary measures to ensure compliance and to prevent IUU fishing by fishing vessels flying its flag,” including a requirement to exercise “due diligence.” In international law, nation-state due diligence means a “certain level of vigilance in their enforcement and the exercise of administrative control.”

In short, the flag state could be held responsible in court for failing to “enforce its relevant regulations on a public or private operator under its jurisdiction” – that is, a vessel engaged in IUU fishing.

This doesn’t mean the flag state would have liability for every specific instance of a vessel engaging in IUU fishing, but if it failed to investigate a vessel and take action, that would create an opportunity for the coastal state to sue the flag state for the cost of law enforcement. For example, this could include the expense of pursuing and apprehending an IUU fishing vessel, which could run into the millions of dollars.

A multimillion-dollar lawsuit would change the calculus for less-reputable flag states, which have never before faced financial penalties for the activity they enable. They would suddenly have a financial incentive to complete due diligence: to record beneficial ownership, to implement fishing vessel tracking, to investigate reports of illegal activity and to exercise control when required to halt IUU fishing vessels.

“Control of foreign fishing vessels is one of the key challenges in fisheries management. Providing coastal States with the power to shift their approach from prosecuting the vessel and operator to holding the relevant flag State responsible for the costs of undertaking enforcement actions is essential to affecting change in flag State behavior,” concluded the authors. “The consequent potential economic liability should incentivise flag States to improve due diligence, state enforcement, and oversight of their vessels.”