The Senate has urged oil and gas companies in Nigeria to relocate to their operational base in Niger Delta for smooth operation. 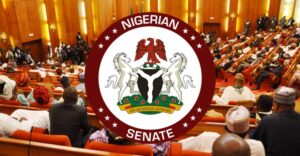 This was sequel to the adoption of a motion by Sen. Albert Akpan at plenary on Tuesday.

Akpan, in his lead debate said that the companies have over the years operated from their respective operational bases in Niger Delta before they relocated due to some reasons.

“Their operation outside of host communities and operational base accounted to the high cost of oil and gas production,” he said.

“This is a big set back to the country’s oil and gas industry and it is militating against maximum revenue from crude oil and gas sales to the federation account,” he said.

Akpan said that the eventual relocation of the companies to their host communities would further boost development in the areas and enhance corporate social relationship and strengthen the nation’s collective resolve to reduce the contentious cost of production in the oil and gas sector.