The Nigerian Shippers’ Council (NSC) on Tuesday urged maritime stakeholders to embrace the many reforms put in place by the council to help bring sanity to the port system. 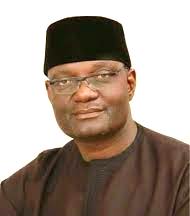 Jime added that collaboration was also key in fighting corruption, saying that NSC cannot do it alone, as they need information in terms of feedback.

According to Jime, as at 2016, the port sector was bedeviled with corrupt practices and this was proven right with the Corruption Risk Assessment report which was pilot by the Independent Corrupt Practices and Other Related Offences Commission (ICPC) in 2012.

He noted that when some of these reforms were pushed out, it had gaps which had to do with timeline and this was tackled with the introduction of the NPPM meant to remove bottlenecks, illegal demand and others.

“The role of the Nigerian Shippers’ Council is to establish an enabling environment and instituting an effective regulator system for port operations.

“Some of the reforms from the council, like the PSSP, an intervention to implement the port sector integrity plan, is an industry tool for all agencies in the sector, meant to address grieviance in the port sector.

“The SOP is meant to show responsibilities that are being discharged to the public by various government agencies and private operators, that is, tell who we are, what we do and how we do it,” he said.

He added that after the inaugural meeting, what was expected from the committee was to monitor present reforms, promote initiatives that would enhance port processes and assist to promote the SOP.

Also speaking, Prof. Bolaji Owasanoye, Chairman, ICPC, noted that Turn-Around Time (TAT) of vessels and cargoes was key measurements for ports efficiency and basis for measuring port performance and so the need to be time-conscious.

Owasanoye, represented by Mr Jimoh Sulahiman, Assistant Commissioner, ICPC, added that Nigeria government had risen to mitigate the pervasive official inefficiency, mismanagement, lack of integrity and corruption in its ports.

“Specifically, ports inefficiencies, arising from integrity breaches, official collusions, bottlenecks and poor law enforcement, are not only disincentives to trade but also remain inimical to the health of Nigeria’s economic activities.

“There is need for collective action approach to the fight against corruption and promotion of integrity in Nigeria’s maritime sector,” he said

The ICPC boss said the challenges the commission met in 2012 at the port were decaying infrastructures, policy and regulatory challenges, overlapping functions, absence of synergy and duplication of roles among government agencies operating at the ports and others.

He said that ICPC intervened through sanitising the ports of corruption and corrupt elements by infusing ethics and integrity into port processes, mitigate negative impacts of lack of integrity on international trade and thereby promote Nigeria’s “ease of doing business” policy.

He said the ICPC was able to achieve this successful intervention mainly due to the reform-mindedness and zero-tolerance policy on corruption by government and its agencies at the ports.

“We are in full support of the BAAC Integrity Alliance which is aimed at multiplying the ranks of ambassadors for positive change and to further drive the practice of integrity in the sector.

“ICPC hereby joins all stakeholders in the maritime sector to declare that impunity is over and that we will be unrelenting to facilitate the promotion and strict enforcement of the harmonised SOPs, PSSP and NPPM,” he said.

Earlier, Mr Emmanuel Bosah, Programme Director, Integrity Organisation, noted that the integrity alliance was launched to support reforms by building a proactive voice to improve transparency, accountability and operations efficiency at the ports.

“The integrity alliance is meant to be an instrument that will bring together people from various backgrounds to achieve this mission, the task will not be easy so members will not only sign a code of conduct but also comply with it.

“The alliance will create a better opportunity for engagement with relevant port and regulator authorities and establish a compliance process,” he said.