Stakeholders Down Plays NIMASA’s Anti-Piracy Success, Say It is Temporal

Stakeholders in the maritime industry have expressed doubt about the acclaimed anti-piracy success rate recorded by the Nigerian Maritime Administration and Safety Agency, (NIMASA). 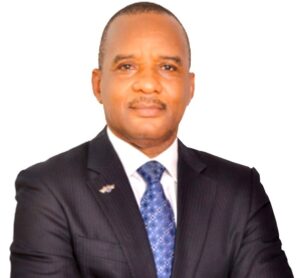 They also argued that, the success is temporal and charged the agency to tighten its belt and not rest on its oars.

Shipping Position Daily recalls that the Director-General of NIMASA; Dr Bashir Jamoh had stated recently that piracy has dropped in the Gulf of Guinea by 80 percent. According to him, this was achieved by the intervention and efforts of the NIMASA’s recently-launched Deep Blue Project which is aimed at ensuring the safety and security of ships in Nigerian waters and in the Gulf of Guinea.

In an exclusive chat with a former NIMASA Director of Shipping Development, Captain Waredi Eniosuoh, he noted that NIMASA’s success rate is directly proportional to the element of surprise ability. He said although there is a worldwide decline in piracy, this he said could be traced to the various forms of response, preparedness, and presence of some foreign forces and private maritime security.

According to him, these measures may serve as temporary deterrents, even as he stated that many merchant ships operating within the Gulf of Guinea are now bearing arms uncontrollably.

In his words: “There’s no doubt that there has been a worldwide decline. This could be due to a lot of factors which include, but not limited to the various forms of response preparedness, economics, the presence of foreign forces, private maritime security. Many merchant ships operating within the Gulf of Guinea especially, are now bearing arms uncontrollably. I can categorically and confidently tell you that Marshall Islands have officially authorized their flagships that arms are allowed onboard. All these measures may serve as temporary deterrents”.

The former NIMASA top man however charged NIMASA not to lose guard or be carried away by the decline, but to intensify its efforts. “It could also be the calm before the storm as their success rate is directly proportional to their element of surprise ability. Any maritime domain, losing guard by being carried away with this likely temporary reprieve may pay dearly at some point” he noted.

On his part, Captain Deji Abegunde, a seafarer and stakeholder told one of our correspondents that NIMASA has recorded success in curbing piracy in the Gulf of Guinea, but the percentage given by NIMASA is exaggerated. He, however, charged the Judiciary to be more proactive with the SPOMO Act in the prosecution of pirates and culprits of maritime crimes and avoid creating boycott precedence for future culprits.

“I agree that sea piracy has dropped, but the percentage given by NIMASA is exaggerated. I believe since there is a penalty for piracy now, pirates will be deterred. They have jailed some people and others are trying to be very careful. The Judiciary should be more proactive as soon as these culprits are arrested. When the Navy arrests, they hand over to the EFCC, and between EFCC and the court everything will die down. But now that the law is in place and it has been implemented, I hope they can sustain it and not create boycott precedence for future culprits” Abegunde said.

While reacting, former President of the Nigeria Merchant Navy, Captain Thomas Kemewerigha stated that NIMASA’s anti-piracy success is temporal, even as he said this has always been the case in previous years.

“Normally, piracy has stopped, but it is always like that. When the pirates start again, they will start at their fullest. The rate has dropped, there is no doubt about it, but that doesn’t mean that the authorities have totally overcome them”, he stated.

On his part, another stakeholder; Captain Adewale Ishola said it is only the International Maritime Bureau (IMB), that can determine NIMASA’s claim of curbing piracy by 80 percent in the Gulf of Guinea. “It is the IMB that can corroborate if NIMASA is saying the right thing. I think from my observation, there is a reduction in piracy, because of the Deep Blue Project and the cooperation from other countries of the Gulf of Guinea” he said.