Stakeholders and key players in the automobile and shipping industry have expressed their displeasure towards the impact of the Auto Policy in the country. They called for a review of the policy in order to reduce the rate of smuggling of vehicles and promote automobile business in the country. 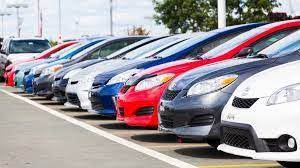 While speaking with the former Director General of the Lagos Chamber of Commerce and Industry (LCCI), Mr. Muda Yusuf, he stated that the policy has not only failed to achieve the desired outcome, but has adversely impacted the cost of doing business, the welfare of the people, government revenue and the capacity of the economy to create jobs.

Yusuf noted that other implications of the Auto Policy to the economy include, high transportation cost resulting from the prohibitive cost of vehicles largely because of the high import tariff and levy, increase in smuggling resulting from the high import duty and huge loss of Customs and Nigeria Port Authority (NPA) revenue as vehicle imports from official channels drop and smuggling increases.

He said: “The automotive policy, in its current form is not sustainable. It is also not in consonance with the Nigeria Industrial Revolution Plan [NIRP] which is the main industrial policy document of the current administration. The NIRP espouses the strategy of resource-based industrialization. Seven years into the implementation of the auto policy, not much progress has been made, even though over 50 vehicle assembly plants licenses have been issued. Total annual sales of new cars in recent years were estimated at less than 10,000 units.

The truth is that, the high cost of vehicles has taken a toll on the economy, from a logistics point of view. Practically all aspects of our economic and social lives have been negatively impacted by the situation. This is because over 90% of the country’s freight and human movements are done by road, which implies heavy dependence on cars, commercial buses and trucks.

Manufacturers and other real sector investors suffer from the high cost of delivery vehicles, sharp increase in haulage cost, because of the high cost of trucks; school buses have become unaffordable by many institutions; many hospitals cannot afford ambulances; many corporate organizations have drastically cut down on their fleet etc. Car ownership is now completely beyond most of the middle class. These unintended consequences and collateral harmful effects on the economy and welfare of citizens are incalculable” Yusuf lamented.

The former LCCI Boss, however, recommended that the auto policy should be immediately reviewed in the light of its copious shortcomings. “Import levy on imported vehicles should also be reviewed and Government should give further tax concessions and waivers to the assembly plants in the spirit of the auto policy. Semi Knocked Down (SKD) should all attract 5% while Completely Knocked Down (CKD) should attract zero duty to incentivize domestic vehicle assembly” he said.

On his own part, the Director-General of the Manufacturers Association of Nigeria (MAN), Mr. Segun Ajay Kadiri, said the reduction in tariffs on fully built vehicles does not promote the government’s earlier policy on the automobile sector and the policy will negatively affect auto assembly plant investors.

In his words: “We have indicated our position before that we did see that the reduction in tariffs on fully built vehicles does not promote the government’s earlier policy on the automobile sector. Those who have made investments in the assembly plants are going to be negatively impacted by this development. So there is no way the policy was been helped by the more recent policy of the government in reducing the tariffs and bills. I don’t think it has helped us” Ajayi said.

Also, in a chat with Shipping Position Daily a car importer who identified himself as Oluwadamilare Adedoyin said that the auto policy has not favored business owners, stating that risk and demurrage have been on the high side.

“No government policy has ever favored anyone, even business owners. These policies are made to their own taste. The exchange rate is not helping at all and the dues keep going up. The closure of the borders has also influenced smuggling. The truth is nobody can pay a complete duty of a vehicle. The risk and demurrage is on the high side. The government has not made things easy for importers because we have to always go through the agents and we cannot know the actual amount of duty to be paid” Adedoyin said.

On the other hand, some other stakeholders applauded the policy stating that the reduction of duty and exchange has in turn reduced smuggling. Mr Wole Obe an auto dealer said, “I don’t think there’s any policy that is been operated by Nigeria that does not have its lapses. The rate of smuggling has reduced. They have reduced the exchange rate and duty rate. The only issue we have is the closure of the borders”.