The National Association of Ilaje Students (NAIS) has called on Gov. Oluwarotimi Akeredolu of Ondo State and President Muhammadu Buhari to intervene in sea incursion into some riverine communities in the state. 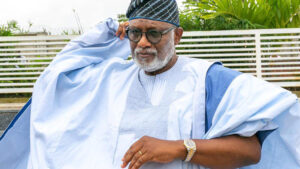 In a statement in Okitipupa, Ondo, on Monday, NAIS said that the sea incursion could wipe off the oil-rich communities in Ilaje Local Government Area of Ondo State, if not checked.

The statement was signed by the National President of NAIS, Mr Moses Omotade.

No fewer than 200 residents have been affected by sea incursion in Aiyetoro, Mese, Gbagira, Idiogba, Awoye and neighbouring communities.

Omotade said that the association organised a walk at the weekend to draw the governments’ attention to the plight of residents of the riverine communities.

He said that the walk tagged, “Fear of Extinction” was organised at Igbokoda.

The national president noted that the communities’ means livelihood were fishing and boat making.

Omotade said that destructions through the sea incursion resulted from crude oil exploration.

He appealed to the governments to tackle the challenge.

“We also appeal for provision of a refugee camp, where all affected residents can be accommodated with adequate care and support from the state and federal governments and oil multinationals.