The first Customs and Excise Management Act (CEMA) was enacted in 1958 and since then, there had been many attempts at amendments, but there had never been any comprehensive efforts to get a completely new set of laws for the Nigeria Customs Service, until 2013. 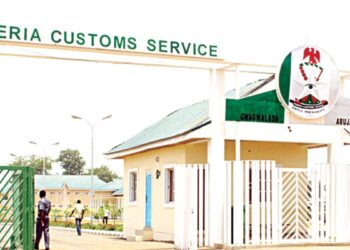 Apart from failure to enact a new law, government has over the years, inaugurated committees and task forces to either review or restructure the service; the last being the one headed by former permanent secretary, Federal Ministry of Finance, Mr Ochi Achinivu.

We recall that while inaugurating the committee, the then-minister of finance; Dr Ngozi Okonjo- Iweala had observed that: “The Customs that we need is not one that not only does its job professionally, but also lives up to its billing as the prime agency at the nation’s ports, by actively seeking solutions to the challenges that port users face and advising government proactively on them. “We can’t afford to keep losing trade and revenue to neighbouring countries as we currently do.”

Before the Achinivu committee, there was a former Finance Minister;Esther Nenadi Usman committee which led to the emergence of Jacob Gyang Buba as the Comptroller General of Customs; taking over from Alhaji Ahmed Mustapha who also at one time was member of a Task Force to restructure the same Customs service.

The last Task Force which is an all-Customs affair, was actually headed by Dr Bello Mohammed who was the sixth chief executive of the same Nigeria Customs Service (between 1988 and 1994). Although this task force had two years within which it was expected to have put the Service back on the track in the quest to modernize reform, reorganise and refocus it, it was roundly condemned as a having failed in this mandate.

This probably led to the creation of the Achinivu panel which drew its membership from across stakeholders; including a retired senior Customs officer, a frontline licensed customs agent and a maritime lawyer; among others.

It is this committee that is credited with initial efforts aimed reenacting and reviewing the Customs and Excise Management Act. The efforts were futile, because the Bill never made it pass the National Assembly.

We recall that at the peak of the lobby to pass the CEMA Bill, during the tenure of Dr Ngozi Okonjo Iweala, it became obvious that the Bill wouldn’t sail through, owing largely to the sharp disagreements between her and the then-CG of Customs; Dikko Abdulahi Inde (now deceased).

While the leadership of the Nigeria Customs Service wanted a new-look Customs that would enjoy the autonomy that it had always craved for, the Minister insisted that the Service could not operate outside the nation’s fiscal policy.

The face-off with the Minister and the Presidency killed the Bill. While it may be true that the Customs deserves a lot more say in its affairs, one is at loss as to why the Customs is desirous of removing the influence of the minister of finance from its neck and whittle down the Minister’s influence. A clear evidence of that is the clause that categorically confers the power to engage service providers on the Comptroller General of Customs.

Back to the present efforts to push the Bill through. Just like it happened in the past, the Presidency has again thrown spanners in the works for the CEMA Amendment Bill. President Muhammadu Buhari has refused assent to the controversial Bill.

The President had predicated his position on the 24 clauses and some Schedules which are contained in the bill as passed by both chambers of the National Assembly.

Apart from the above, the amendment also tampered with the superintending position of the Minister of Finance over the Nigeria Customs Service.

We recall with surprise that not much has changed in the Bill since 2011, when the then-Minister of finance, Dr Ngozi Okonjo Iweala told the National Assembly that the drafters of the amendment deliberately attempted to undermine the powers of the Minister of Finance. She pointedly raised alarm that details of the bill are aimed at stripping the office of the minister of its supervisory role over the Nigeria Customs Service. She accused the Service of being too ambitious and that the bill seeks to remove the powers of the President and the Minister of Finance from the activities of Customs. She argued that the Nigeria Customs Service can not be independent of the fiscal policies of the Federal Government.

We totally agree with the Minister’s position, especially now that those contentious clauses which she pointed out, are still contained in the 2022 Amendment.

Apart from the areas that have to do with the powers of the Minister, one area that maritime industry stakeholders need to focus their attention on is the rivalry between the Customs Act and the Council for the Regulation of Freight Forwarding in Nigeria (CRFFN) Act.

Read Also:  What are your thoughts about the CEMA Amendment Bill?

Now that efforts are being made to enact a more acceptable CEMA, it should be drafted with CRFFN Act in mind so as to remove the conflict of freight forwarding and licensed customs clearing; a development which has been prominent since the CRFFN Act came into effect in 2007.

We strongly advise that CEMA and CRFFN should play complimentary roles and not antagonize each other.

It is worrisome that the document which has been rejected by the President does not take cognizance of the existence of CRFFN.

As much as a new CEMA is desirable and long overdue, its success or otherwise will depend on its being realistic about the existence and importance of the CRFFN Act; which is also a law which the Nigerian National Assembly enacted to promote integrity and best practices in freight forwarding; an integral part of which licensed customs clearing is.

Finally, as much as it is desirable to amend the CEMA, it is also desirable that the Customs does not emerge from the new Bill as an untouchable part of the government fiscal instruments.