The World Health Organisation has said that the number of people estimated to have died as a result of living or working in an unhealthy environment is now 12.6 million. 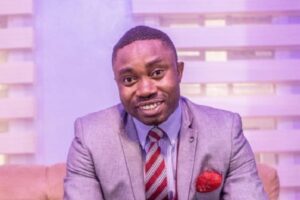 Dr. Edwin-Isotu Edeh, WHO National Consultant, Public Health and Environment, said this at the 6th annual Association of Nigeria of Health Journalists conference in Akwanga.

The News Agency of Nigeria reports that the three-day conference, which began on Friday, was organised by ANHEJ in collaboration with the WHO.

The theme of the conference is “Health Security UHC and National Health: How can Nigeria get it right- The Role of the Media in Perspective”, with the sub-theme “FP 2030 targets: Is Nigeria on Track?”.

Edeh said that the number represented one in four of all deaths globally.

According to him, this underscores the devastating impact of the chemicals and waste that have polluted the air, water and earth since the end of World War II.

He said the deaths were due to non-communicable diseases which included heart disease, cancer, and were related to exposure to the pollution which now made up 8.2 million or nearly two-thirds of the total deaths.

He said; “deaths from infectious diseases such as malaria and diarrhea due to unsafe water and lack of sanitation represent one-third and are on the decline.

“Low- and middle-income countries seem to bear the greatest burden of environment-related diseases and injuries.

Read Also:  Shipping Corporation To Add 20 Ships To Its Fleet By 2030

“These include NCDs like cardiovascular diseases and cancers, while the highest number of deaths per capita attributable to the environment occurs in sub-Saharan Africa, primarily from infectious diseases,” Edeh said.

According to him, protecting and creating healthy environments is a critical component of Sustainable Development Goals.

“Environmental health can be addressed by improving environmental quality for the poorest populations with the greatest burden of environmental diseases by reducing exposures to air pollution in homes and villages from biomass burning and providing clean water and sanitation.

“Others are identifying efforts to address environmental problems that can also provide health benefits.

“We recognise that some policies, practices and technologies designed to promote sustainability and economic development may have unintended adverse environmental health effects, and attempting to prevent or mitigate these before they are implemented,” he said.