On June 18, 2021, Barrister Hassan Bello retired as the Executive Secretary/Chief Executive Officer of the Nigerian Shippers’ Council. He was first appointed Executive Secretary/CEO of the Council in June 2013 following the expiration of the tenure of Captain Adamu Biu, and having served in acting capacity since December 2012. Until that appointment, Bello was the Council’s Director of Legal Services. 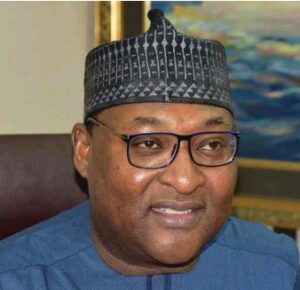 Professor Yemi Osinbajo, then in his capacity as Nigeria’s Acting President, renewed Bello’s appointment for a second four-year term on June 20, 2017.

No retiring Chief Executive Officer of the Council was ever celebrated as Hassan Bello was on Friday June 18, in Lagos.

From the Minister of Transportation; Mr Rotimi Amaechi, to serving CEOs of sister government agencies to retired chief executives and eminent stakeholders, it was a day of encomiums.

“For him to be having this standing ovation at his departure, it means that he is a good man, and his going is a bit emotional for me and my family. We wish him well,” Amaechi said.

The Chairman, Governing Board of the Nigerian Shippers Council, Bashir Sheriff Machina, highlighted some achievements that were recorded by Bello. “Everybody knew NSC existed before Bello but nobody knew the potentials therein. He made NSC the port economic regulator, he commissioned the Kaduna Inland dry port, he facilitated the establishment of policy framework for Vehicle Transit Areas(VTA), Dala dry port in Kano, and established zonal offices for the council, among many other things.”

He told the large gathering that, “Hassan is a man who wanted to serve because of service not because of riches”.

On his part, the Director General of the Nigerian Maritime Administration and Safety Agency(NIMASA), Dr. Bashir Jamoh, had described Bello as a book with many chapters. “There are chapters of Hassan Bello in the maritime industry. Any chapter you open you will find things interesting about him.”

Yes, Bello championed a lot of things within his eight years as the CEO of the Nigerian Shippers’ Council.

Before highlighting the major issues that were dominated the front burners during his four years, Bello spent time attending to issues bordering on un-receipted charges from truckers on the Lagos ports corridor. The charges are occasioned by the bad state of the two approaches to the ports in Lagos leading to the infamous Apapa traffic gridlock.

Connected to the above is the fact that many cargo owners found it difficult to get their cargoes out of the ports. This leads terminal operators to requesting for demurrage on the cargoes that have overstayed at their facilities. Hassan Bello spent ample time negotiating amicable settlement of these crises.

He also spent time on other issues, such as the face-off between cargo owners and shipping agents, often over arbitrary increase in charges.

Read Also:  What is your assessment of Mr Hassan Bello as the CEO of Nigerian Shippers Council?

Apart from the Inland Dry Ports, some of which are already functioning and the zonal head offices, one significant milestone recorded by the retired Chief Executive Officer is the bold move to enact the National Transport Commission (NTC) Bill.

He gave his all for the Bill; pushed its return to the National Assembly twice and were it not for the withdrawal of assent by the President, the NTC would have been upstanding by now.

It is our hope that, considering the importance of the NTC, the Bill would be allowed eventual safe passage. This is one big legacy that Hassan Bello has bequeathed to the nation’s transportation industry.

Without mincing words, Hassan Bello also pushed for the introduction of Cargo Tracking Note also known as Advanced Cargo Information System (ACIS). Undoubtedly, due to his further engagement with stakeholders, the policy which was opposed by industry operators, including shipping lines and shippers and others when it was first mooted in 2015 has now been approved by the Federal Government due to rising insecurity in the country.

His was indeed eight shortest years at the helm of affairs as the CEO. From near-obscurity, he transformed the agency to a force to reckon with.

Considering his huge achievements, the challenge the nation’s maritime industry now have is how to sustain the legacy and build on it. It is our hope that Hassan Bello’s successor; Mr Emmanuel-Lyambee Jime will build on this sterling legacies.