Home » Still on the ANLCA Crises

May we start this opinion with this question: Has someone cast a spell on the Association of Nigerian Licensed Customs Agents (ANLCA)? It appears so, but, it is obviously not so. It is not a spell that has held the association down for four years. It is greed, ego and ethnicity. 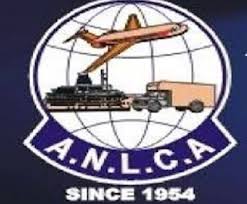 The current seemingly unending crises which have engulfed ANLCA did not start today, in fact, it didn’t start during the eight years tenure of the immediate past National President of the association; Prince Olayiwola Shittu. It is rather, a fall out of the election that brought the incumbent president; Mr Tony Nwabunike to power in 2018.

The current face-off which has seen various factions go in and out of courts and in and out of police stations is sadly embedded in an unwritten part of the association’s constitution.

Even though there is no accurate record as to when it was founded, there is also no doubt about the fact that ANLCA is the oldest umbrella body for all licensed customs agents in Nigeria.

Prince Olayiwola Shittu is officially, the seventh national president of ANLCA. He was succeeded by Mr Tony Iju Nwabunike in April 2018.

And since Tony Nwabunike took over, there has been no love lost among the leaders of the association, from chapters to zones and to the national executive committee.

Initially, it started as a mere issue within the association’s Board of Trustees (BoT), simply between two combatants for the board’s headship; that, is between Alhaji Taiwo Mustapha and Chief Henry Njoku.

What has eventually pulled ANLCA to its knees started as soon as Prince Olayiwola Shittu finished his statutory two terms of eight years as the National President of the association. The election was bitterly fought and won. But the wound refused to heal.

No doubt, the Association of Nigerian Licensed Customs Agents was transformed into a good example of how a freight forwarding body should be. It changed from being just an assemblage of clearing and forwarding agents (as of old), into an internationally-recognised body of professionals, all these under the watch of its immediate National President; Prince Olayiwola Shittu.

The transformation that ANLCA went through didn’t come easy. It took trust in the leadership of Prince Olayiwola Shittu, his competence and transparency to rebrand ANLCA.

May we also state here that ANLCA’s present travail is a fall out of its penchant for zoning and pandering to ethnic considerations in the choice of who occupies which position in the association, from the chapters to the national level.

What should be paramount in the mind of ANLCA members is moving the association up from where the immediate past President and his co-executives left it. Unknown to it, rival associations are already praying for ANLCA’s further fall, so that they can gain more prominence.

How can ANLCA members forget so soon, events prior to the 2010 emergence of the immediate past leadership of the association?

As a maritime media firm, we can boldly say that the calibre of persons who currently occupy the office of the association’s Board of Trustees, is perhaps the loudest confirmation of the fact that ANLCA has moved far above its projections; pre-2010.

Without necessarily sounding patronizing, we are encouraged by how good a brand ANLCA had become, and that explains why everyone wants to be relevant.

Yes, the association’s secretariat, which he acquired, is a befitting legacy, and an indelible achievement, but Prince Shittu also brought discipline, candour, honour, robust engagement and accountability into ANLCA. He dwelt less on tribes, tongues and religion.

These are the legacies that Mr Tony Iju Nwabunike needed to sustain for the association to regain its status.

The question to ask is: Why allow an inconsequential matter as the headship of the board to tear ANLCA apart?

On this page about one year ago, this newspaper pleaded with ANLCA’s National President; Tony Nwabunike to rise above all partisanship and considerations in the larger interest of the association. He threw this advice away!

As it is now, so many things are wrong. One: The elected National President has left the country and has transmitted power to his deputy; Kayode Farinto. Two: There is contention over the terminal date of the executives who were elected in 2018. Three: The Alternative Dispute Resolution (ADR) mechanism which was activated a few weeks ago has broken down. Four: The warring factions are again looking up to the courts to resolve their face-off.

Read Also:  How do you think the ANLCA crises can be resolved?

From all indications, ANLCA may have dragged itself into an abyss that is difficult to extricate from.

Perhaps and for the umpteenth time, now is the time for the feuding factions in the association’s board of trustees and the executives to think less of themselves.

Unless there is more to it, what value is the membership or even headship of the board of ANLCA adding to their lives and the lives of the association? The board has no direct relevance in the day-to-day running of the association. It is purely a ceremonial body!

Without necessarily calling them out, we are strongly of the opinion that all those who are currently serving in the polarized board should step down, even if there is an election tomorrow, they should honourably recluse themselves.

Finally, in like manner and for the love of the association, both the national president and the entire executive council of ANLCA should do the needful. The fact is that the controversial constitution review that took place in Owerri, Imo state is unpopular and fell short of moral standard. Were it not for the review, the tenure of the current executives would have ended.

Finally, may we affirm that the crisis is festering because of the vested interests of the leaders of ANLCA, especially its past Presidents. If they are not party to the crises, why the quiet, it is shocking and suspicious that none have them has come out to either condemn the gladiators or called for a peace meeting.

We want to call out and appeal to Prince Olayiwola Shittu, Sir Ernest Elochukwu, among others to lead the match towards peace for ANLCA. If they fail to do this, it could only mean that they are party to it. And if they are, then the part to reconciliation is very far for ANLCA.