It is about 15 years since the Nigerian Ports Authourity (NPA) ceased being the master stevedore, handing over port operations to the private sector. 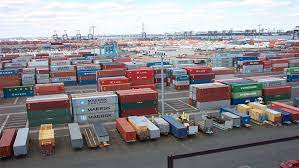 But since the exercise took place, some developments have given credence to the apprehensions in some quarters that there were faults inherent in the Nigerian port concession.

The exercise has been largely been fingered for allegedly creating an unhealthy monopoly, it also did not make room for post-concession regulation, and lastly there was no enabling law to guide stakeholders.

While the man who midwifed the exercise as the then-Managing Director of the Nigerian Ports Authourity; Chief Adebayo Sarumi had once openly admitted that one of the concessionaires; APM Terminal was undeservedly favoured to monoplise container handling at the Lagos Port Complex(LPC), others stakeholders have at one time or the other also picked holes in the post-concession relationship between regulators and operators.

They argued that NPA has failed to live up to its responsibilities as penned-down in the port concession agreement. Some have also noted that terminal operators now bore many unanticipated costs while NPA only collects its royalties.

Industry stakeholders have also largely lamented the non-passage of the Ports and Harbours Authority Bill, 2015, which seeks to repeal the Nigerian Ports Authority Act 1955.

The fact is that it is 15 years since the ports were concessioned and we recall vividly that in 2006, when the government of former President Olusegun Obasanjo introduced the policy of bringing the private sector into port operations, it was met with resistance by stakeholders, especially the workers of Nigerian Ports Authourity (NPA) who (understandably) felt threatened and vowed to oppose it with all that they had.

On the part of others, it was borne out of the fear of the unknown as well as the fear of cost of doing business in the ports, post-concession.

To put the issues in proper perspectives, it is important to bring out certain facts. Government’s first argument in support of port concession was that the ports (just like other businesses) could be better operated by the private sector. Secondly and rightly too, the government also observed that the nation’s seaports were becoming too expensive in the face of decaying facilities.

The options were between commercialisation and outright concession of the facilities.

Government, in defiance of better and by far more superior arguments, decided to settle for port concession. It eventually had its way, having won to its side the two house unions; namely the Maritime Workers Union of Nigeria and the Senior Staff Association of NPA.

Since that decision was taken and the eventual handing over of the ports to private terminal operators, can one rightly say that things have changed for better.

No doubt, ship’s turn-around time has improved tremendously from an embarrassing almost four weeks, to as low as one day, while ships no longer have to unnecessarily wait for days at any of the terminals. There is also a significant reduction in human traffic into the precincts and peripheries of the ports. Cases of vandalism, cargo theft and container broaching have dropped drastically or even non-existing. Certainly the ports are doing better than they were- pre-2006.

But, will it be correct to assume that once the above are evident, then port concession is a total success?

Certainly, after 15 years, there are still proven cases of under-utilization of some terminals and non-availability of some common-user facilities that Nigerian Ports Authourity ought to have provided. While many of the concessioned terminals in Lagos can be said to be doing well at the beginning, the same cannot be said of those in Calabar, Warri and Port Harcourt.

There have been lamentations from all the parties that are currently either supplying or using port services. They include: NPA itself, terminal operators, freight forwarders/clearing agents, truck owners, shipping companies, and even the workers.

Other users of services also have axe to grind with the terminal operators, the workers are not left out.

The fact that there are few things such as: higher cargo throughput, low turn-around time for vessels , non-vandalism or cargo, cleaner environment, perimeter fencing, these are not enough indices of a healthy, successful and fair-price port system. And this is why we are in support of the deafening calls for a review of the 15-year old exercise.

Even though successive ministers of transport said they were interested in carrying out the review, they never had the guts to do it. Similarly, the incumbent Minister of Transportation; Mr Rotimi Amaechi said as far back as February 2016 that he would pursue a review of the concession agreements; we are still waiting.

Our worry is in the nature of government and its functionaries to raise and dash hopes. If the Minister talked excitedly about the need to review port concession as far back as February 2106 and for about five years, nothing was done, what is the guarantee that it will be done before May 2023.

We also recall that, the suspended Managing Director of NPA, Hadiza Bala Usman had also promised more than three years ago to review the port concession agreement. She was yet to anything about it, until she was shoved aside.

She had said that NPA had concluded the assessment of the activities of terminal operators in the Western Ports and the Eastern ports. That was more than two years ago! Even though she is no longer at the saddle, but can the industry have an update?

We recall also about three years ago that, the NPA was about to engage the service of Transaction Advisers to appraise the various obligations and responsibilities and how far these have been kept, in line with the agreements that the two parties signed. Can we also have an update on this?

Even though, one of the most important missing links in the implementation of the port concession policy was the absence of a commercial regulator to handle commercial disputes arising from the interactions of operators, the Nigerian Shippers Council has since filled the vacuum, it has since been enthroned as the Commercial Regulator of the Ports.

Even though the Council has been up and doing in the discharge of its duty as the economic regulator, stakeholders can attest to the fact that, it faces stiff opposition in the area of enforcement.

We are totally in agreement with the position of majority of stakeholders that, the expected review should create a level-playing field and eliminate monopoly as it is the only way to encourage growth and stimulate development among all players in the port concession game.

Read Also:  Do you agree that terminal operators have done well to deserve renewal of their concession?

Importantly, the expected review should empower whoever is regulating to enforce its intervention. It is saddening that even though the Nigerian Shippers’ Council has been gazzetted as the ports economic regulator, yet it has been bogged down with serial litigations by terminal operators and shipping line agencies.

If the review can take care of appropriate port pricing, fair competition among players and ensure responsibility among the tenants and the landlord and empower the regulator, then it would have achieved success.

This, certainly is not what the NPA and the Minister of Transportation meant when they mooted the idea. As pointed out above, the intentions and the parameters of the proposed review have been well spelt-out.

We and of course, stakeholders in the Nigerian maritime industry are aware that the concession period of some of the terminals have ended at different times, and that some of them (if not all) have secure a renewal. So, it is not out of place to request that the whole agreement be reviewed.