Duty crew on routine rounds onboard an anchored offshore supply ship noticed an unauthorised person moving the barbed wires to make way for his accomplices who were armed with AK-47 rifles. Alarm raised crew mustered in the citadel. Port Authority was informed, and the Gabon Authorities boarded the vessel to investigate.

A container ship underway was boarded by an unknown number of pirates. The Danish Navy warship was notified and proceeded to render assistance. The pirates escaped with six kidnapped crew. It is reported that one crew was injured during the incident. 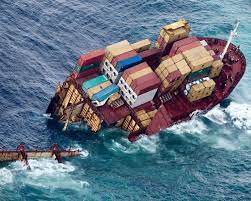 Tanker blocked Bosphorus for about an hour

Chemical tanker AHMET TELLI suffered engine failure at around 0745 UTC Dec 15 below Yavuz Sultan Bridge, Istanbul, while transiting Bosphorus in southern direction, en route from Constanta Romania to Izmit Turkey, and was emergency anchored, in traffic lane, so all traffic was blocked for probably an hour, then one-way traffic was resumed, and at 0950 UTC tanker resumed transit, allowing traffic to resume in full. It is said, that she was towed, but according to track, she completed transit under own power, and was anchored at Ahirkapi anchorage, Istanbul, Marmara Sea.