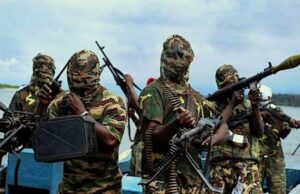 One Nigerian Army soldier was injured while one attacker was killed. There was no reported damage to the facility.

General cargo ship WENXIANG collided with Japanese fishing vessel at around 0100 Tokyo time Apr 25 some 50 nm north of Niigata, Japan sea. WENXIANG was reportedly, engaged in offshore cargo operation in collision area, after collision the ship sailed to Niigata and anchored at Niigata anchorage at around 1200 Tokyo time. Fishing vessel also remained under way and sailed to her base port in Tsuruoka, north of Niigata.

Crude oil tanker LIA collided with general cargo ship DA FA NO.1 at around 0000 LT (UTC +8) Apr 26, 15 nm SE of Taitung port, southeast Taiwan coast. DA FA NO.1 in full load, was breached and sank, crew went into life raft and were rescued by Taiwanese CG patrol boat, all are safe. LIA is en route from Singapore to Onsan Korea, DA FA NO.1 was en route from Taitung to Orchid Island, SE of Taitung, meaning that the coaster was crossing LIA course. LIA stopped after collision, and remained dead in the water for several hours, until completion of investigation and other formalities. She was allowed to resumed voyage, at 1230 LT was sailing full speed to port of destination, understood she suffered slight damages or no damages at all.